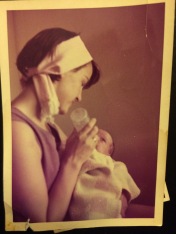 Today is my Mom’s Birthday. She would have been 77 today.  It will be five years this year since she died and still there’s not a day that goes by that I don’t think about her and miss her terribly. I would have really liked for her to be here to see me become a Mom and it’s hard to be going through this whole process without her. I know she would have been an amazing grandmother. She would have loved Otto and there is a bit of heartbreak in knowing that she didn’t get to know him  or get a chance to see my brother become a Dad and that she won’t get to know my children. But I know that both she and my Dad will both be here with me in spirit. If I am able to be even half the mother she was, I will feel lucky. I get a lot of my self from my Mom, but it was only in my thirties that I came to recognize and appreciate how similar we were in sensibilities and mindset and get to know her in a different way, from adult eyes.  Incredibly persistent and practical, about everything, stubbornly so at times, she was someone who took life for what it was, without drama and expectation for something other than what it was. No nonsense in so many respects, determined and self-reliant and never wanted to be a burden or a bother. She was beautiful without trying, even towards the end of her life. I have these photos of her in her twenties and she was so photogenic but in a totally modest, unassuming way. I doubt she saw herself as beautiful. I get my creative side from her. She loved art and making things—pottery, paper, collage—and being outdoor,  gardening or walking in the woods. She was wild about her dog Toby, who I think might have stood in for the grandkids that were slow to arrive. She rarely complained, put up with a lot and expected little. She had this amazing empathy for people, especially people on the fringes, who the rest of the world might pass by, and had a hard time saying no to anyone who needed help, even if she herself rarely asked for help. When we were growing-up, she poured everything into being a Mom and wife. I can’t quite imagine it but when we moved to the U.S. from Germany, she didn’t speak of word of English and had three kids below the age of five. How tough it must have been to leave everything she knew behind and start a new life in a far away place, not knowing a soul or even being able to speak the language. She was always there for us. She made my sister and I dollhouses and sewed us clothes, and was always there to help with school projects. I can remember her reading my junior high English assignments with me when I was struggling with Beowulf and Chaucer. With two girls in girl scouts, she quickly got roped into being a camp counselor at our camp, even though I am pretty sure she would rather have spent her summer days in her garden. She and my Dad had high expectations for us in some ways but at the same time I didn’t feel pushed. In fact, I know she worried about some of my type-A ways. It’s funny in today’s era of helicopter parenting where parents lobby teachers to give their kids A’s to think that my Mom asked my high school teacher to give me a lower grade so that I would learn not to worry about grades so much. In another lifetime, had she not become a Mom, I think she would have been a hippy and travelled the world. When I was in grad school, she took a bus cross country, from Connecticut to San Francisco where I was living. I thought she was nuts; she was excited to see the country one state at a time. I do wish that after giving so much of herself as a Mom and a wife (especially in her later year when my Dad was sick), she would have had more time in her later life for finding her own true self again, but that was not to be (as she would have said matter of factly). Happy Birthday, Mom. I love you and miss you very much! 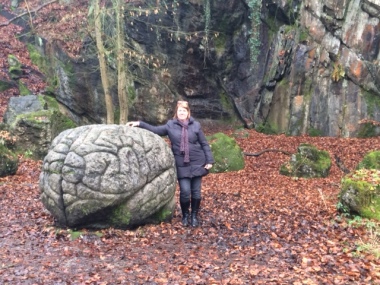 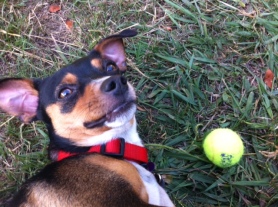 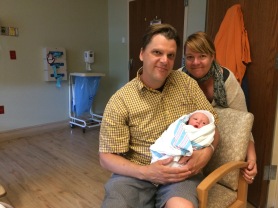 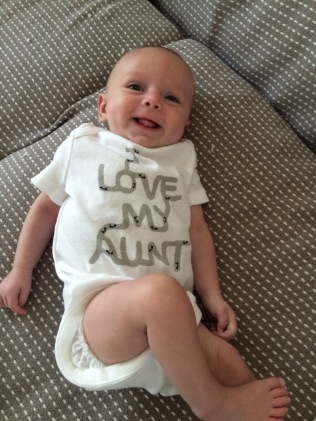 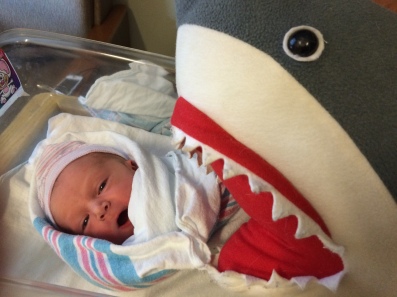 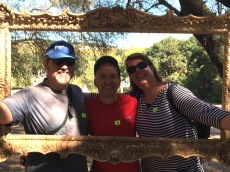 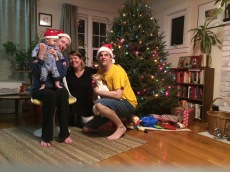